New Pin Board! Black Beauty and Style in the mainstream UK Media

As an increasing number of black models are being used for the beauty and fashion features in the mainstream British glossy magazines, I have decided to capture these images over the remainder of the year.  Follow this board here!

As well as featuring vetran supermodels such as Naomi Campbell  and newer faces such as Leomie Anderson, I will also pin the press features that depict a positive representation of the modern Black British woman – women like myself, who are educated, professional and wish to make a valuable contribution to the British society – as unfortunatly such coverage is still few and far between. 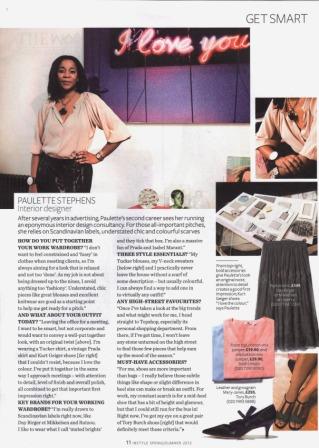 I have added this pin to my  board which was featured  recently in InStyle magazine’s SS12 Get Smart Workwear Special supplement.  ‘How real women Get Smart’ was the title of the feature and it showcased 4 professional women and their working wardrobes.  It was great to see Paulette Stephens, an interior design consultant, included in the group.  I am looking forward to showcasing more women such as this!

Is there anyone missing?   Do let me know!

A great follow up to my post Afro-tising! If you are not following Afroblush, you should be!

I am so excited about the year ahead.  There will be no other place to be than in London this year! So you will see that I have updated my blog name to BeautyPulseLONDON.  I will be bringing you more beauty and fashion news and views from this incredible city in 2012.

As we look ahead to all that 2012 will unveil, I thought that it would be apt to first take a look back.  As 2011 drew to a close, I felt immensely proud to be a Black woman in Britain – our beauty, intellect and talents really shone for all to see.

Here are some of my highlights: 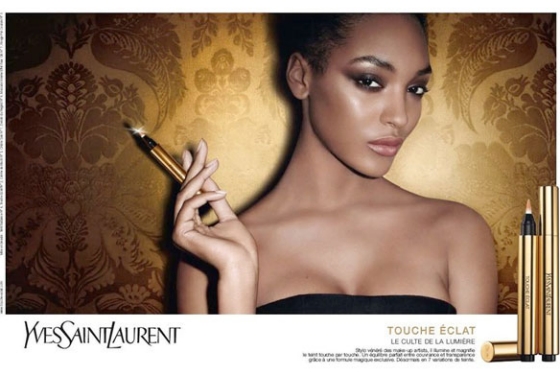 At just 21, West London born supermodel Jourdan Dunn had a stellar 2011.  She was the face of the YSL  Touche Éclat campaign that launched the iconic product in 2 new shades – suitable for darker skin tones.

Her relationship with British superbrand Burberry continued to blossom.  She featured in both the S/S and A/W campaigns and also was the face of the 2011 Burberry Beauty campaign (alongside Cara Delevinge).  I love this tutorial that can be found on the Burberry YouTube channel showcasing how Jourdan’s nude look can be recreated.  Can I just say I *heart* the powder brush!!

Another strong  partnership that Jourdan has forged is with the cult British  fashion and culture magazine i-D…I will say no more about this image – as a picture speaks a thousand words! 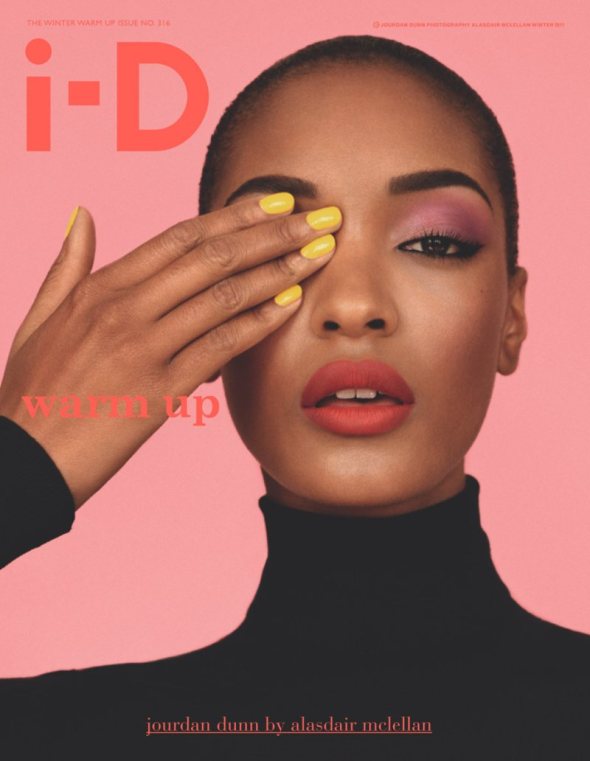 Jourdan proved that she is more than a pretty face last year, she was very vocal about the way young black people were being portrayed as the main perpetrators of the summer riots that revenged many of the nation’s major cities.  In an article in the London newspaper The Evening Standard, Dunn stated that she was “annoyed by claims that all the rioters were young and black, adding: “Not all young people are criminals”.

I am looking forward to seeing and hearing more from Miss Dunn in 2012 as she continues to do a stellar job representing British Black women in a positive light.

I was having a lazy morning in late November,  listening to Women’s Hour on  my favourite radio station, BBC Radio 4 and my ears pricked up when a lady of mixed  heritage discussed the ‘issues’ that British Black and Mixed- Raced women face when dealing with their hair!  Her name was Sarah Naomi Lee and she is a playwright, former BBC producer and Creative Director of Plenty Productions – a community interest  company that facilitates high quality, collaborative, community-based arts and media projects.

Sarah recounted her experience of growing up in Brigton and coming to terms with her own cultural identity which was expressed in many ways, including in the way she wore her hair.  She went on to found the Postive Hair Day workshops  – a fantastic project  based in Brighton which uses hair as a focus for building a greater understanding of  Black and mixed heritage people’s identity and culture.  The project runs free workshops and activities including  a regular Hair Care workshop where free  advice and tips are offered on how to care for Black and mixed heritage hair.  She was on the radio program to promote her latest venture – Snakes and Ladders.  Snakes and Ladders is a bold and powerful comic drama about race, identity and the testing of family loyalties and waspartly inspired by stories and memories collected form the  Positive Hair Day project.

The work was showcased in November of  last year – and unfortunately I couldn’t make the the performance …so I delighted to find a couple of videos of the play on YouTube.

Black women graced the covers of numerous UK glossies last year. Leading the pack was none other than Miss Rowland – who featured on the covers of Cosmopolitan, Stylist, Health & Fitness and Marie Claire to name but a few.   Kelly’s make-up for many of these shoots and her X-Factor appearances was the handy work of  the talented British  MUA, Pauline Briscoe.

Recreate Kelly’s celebrity looks with tips from Pauline featured on the glamourmagazine.co.uk website.

Stylist also featured supermodel Alex Wek on the cover of the special London Fashion Week edition of the magazine….

…and even John Lewis (yes – John Lewis – the epitome of middle England) featured the stunning black model Aba (of Zone Models) on the cover of the Christmas issue of their consumer magazine Edition.